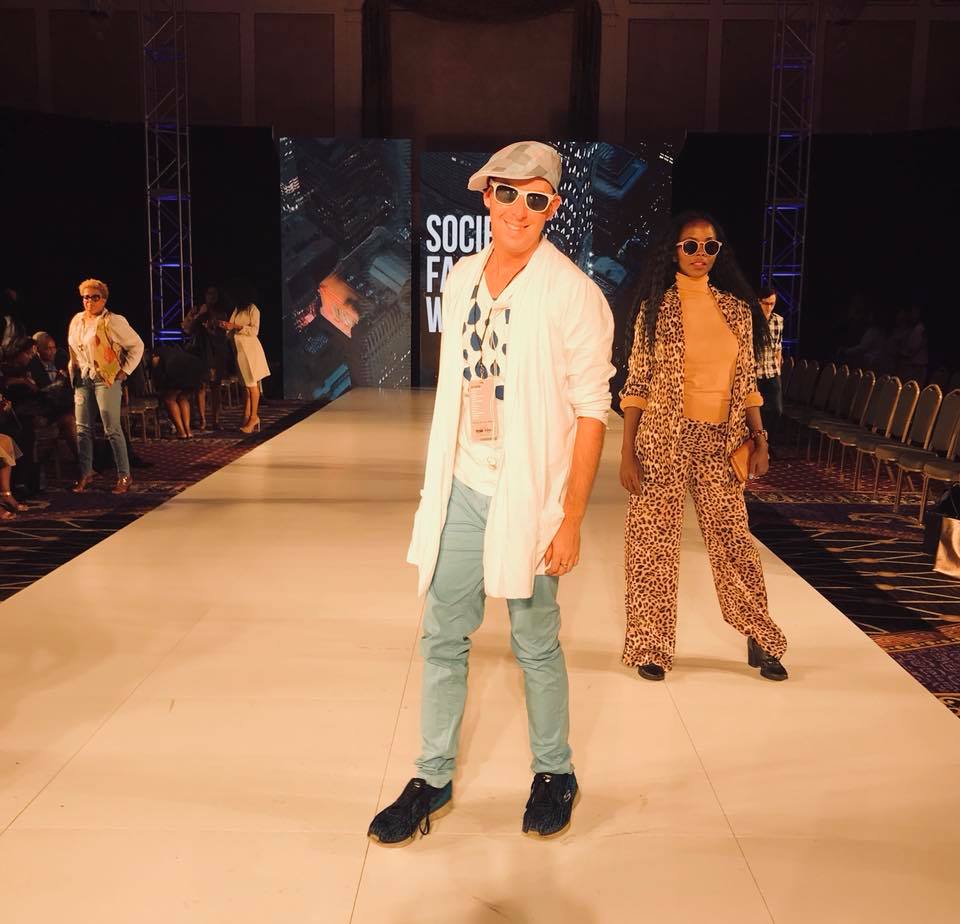 Last week’s social media firestorm rages on, ignited by reports of a proposed “Trans Murder Mystery” skit during The Maximum Exposure Fashion Series: Beyond the Binary. The venue, Mad Art Gallery, dropped the event, and producer Chuck J. Pfoutz opted to cancel rather than find a new location.

Outraged commenters swarmed Pfoutz’s social media pages to say he was transphobic, and accused him of seeking to exploit the trans community for financial gain. Trans performer Billy Midol has taken credit for pressuring Mad Art to cancel, and has proclaimed that Chuck’s career is over in St. Louis.

As the online debate raged and the threads grew, one pattern became clear: Pfoutz’s detractors were almost exclusively white, while his defenders were largely people of color.

Friend and model India Reid, a trans woman of color, says it was her idea to highlight violence against the trans community based on her own experiences, and decries what she sees as racism against Pfoutz’s diverse cast.

“Our community is just like any other community, with Caucasians on one side and African-Americans on the other” Reid begins. “I’m a trans woman who has been through violence and abuse from a spouse. I was discussing this with Chuck, who told me he lost a trans friend to violence. We decided to speak on it. The ‘Trans Murder Mystery’ was just a working title until we could decide what to call it.”

In a nod to the public relations disaster that resulted from the title, Reid said, “The title was misleading.”

Not Ready to Make Nice

I’ve long said St. Louis is where the disgraced stay in place. In many cities, someone engulfed in controversy would pack up and head to the next town. Here, folks just wait it out. As a non-native, it’s taken me a long time to understand certain things about the local culture, mainly the ride or die nature of friendships. Regardless of how much someone is in the wrong, their defenders will come out swinging if they believe people are piling on their friend. I can think of several instances where someone had a shameful public moment, but in the end fared much better than those who attacked them over it.

There’s also a disdain for anyone seen as abusing their power and influence. If one ever gets drunk on power here, this town will sober them up quick, as I’ve learned from experience. St. Louisans will offer you some room to have an objection or opinion, but when they determine you’re interfering with one’s ability to peacefully exist, they turn en masse.

I’ve followed and covered Pfoutz for a few years and while this working title of the skit was clearly disastrous, I’ve never seen any trait of malice or discrimination in him. Quite the opposite, as echoed by many who have worked on his projects.

In addition to her public comments defending Pfoutz, Reid said she’s tried to calm the controversy behind the scenes as well, which has proved difficult because Pfoutz’s core detractors have such an intense hatred for him. “Just because you don’t like someone doesn’t mean they’re transphobic. It just means you don’t like them. You have to know the difference.”

I consider Chuck a friend, but I also have a good working relationship with writer Terry Willits, who has publicly denounced him. We have agreed to disagree on this subject, and both look forward to continuing our collaboration on the upcoming Out in STL Influence Issue and other projects.

Note: The original piece incorrectly identified India Reid as a board member of Metro Trans Umbrella Group. I apologize for the error.