In the piece below I imagine hearing the perspective of a ghost.

I’m still not ready to talk about how I died. I’ve barely begun to accept that I 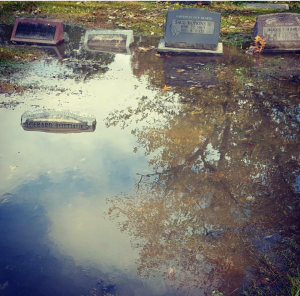 have. Everyone acts like you’ll somehow fully understand it the instant it happens. One second you’re alive, the next you’re dead, and you’re just supposed to wrap your head around that jarring fact immediately. The same people who live their lives in denial about everything, including that they’re ever going to die in the first place, think you die and BOOM, you have closure. How many of you truly accepted turning forty or fifty? C’mon. Yeah, you went through the motions and you talked the talk, but how many times did you feel like you were looking at a stranger when looking in the mirror. In your mind you were forever 29, and it was constantly shocking to see you in fact weren’t.

I remember living in New York and reviling all of the gentrification going on around me. People with no reverence for who or what was there before just taking over the city. I got to go through those feeling times a thousand when I died. The first thing that happens is people barge in your house and just start ripping it apart, robbing you blind. Man, they go through everything, they’ve got opinions about everything, and then they throw half of it away.

My dog, he didn’t even understand what was happening and I was powerless to comfort him. His water bowl was too low, and he likes it refilled with fresh water a couple of times a day but nobody was paying attention. This house and all that’s in it is mine. I paid for it over thirty God damn years and it’s just taken from me by some young privileged fucks who decide my taste was horrible and they’re going to change everything about it. Picture sitting on your sofa one day and someone comes in and happily decides your house now belongs to them. That’s how it feels.

In retrospect it’s amazing how much the living take for granted. Being alive is like being a god, I mean the power you have is extraordinary. Do you realize how much energy it takes me to so much as make a floor creak? You can make someone happy or sad in an instant. You can displace water. You can inspire or horrify. You can use your hands to build something, or heaven forbid blow something up. The world cares about and bends to your needs. You can set boundaries and claim space. 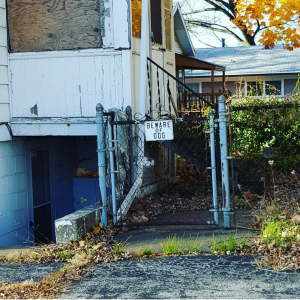 I miss the tactile. Being able to touch another person, and being touched. I miss my body – what an amazing thing to have a physical body. I miss feeling the wind. I really miss hugging my friends and family, and being able to care for my dog. I miss people seeing me. I miss companionship.

I remember walking through nursing homes and seeing so many lonely people all in the same place, and wondering why they couldn’t provide one another companionship. That’s what it’s like being dead, only worse. I see other spirits, but we’re incapable of offering one another companionship. Unfortunately we’re not incapable of making one another miserable, though. Most chill, peaceful people quickly move on, so those of us lingering aren’t really a pleasant lot.

Every bit of unfinished business is like a rope tethering you to this life. If I could do it all over again I’d make sure to say everything that needed to be said, and I’d always forgive. When I was alive I never bought the saying that forgiveness is more for yourself than the other person, but now I know that forgiveness is a knife cutting you free. Here’s a tip: If you can’t let go in life, you won’t be able to let go in death.

I would never wish time away. I would spend less time worried about money and status. I’d take better care of my body and get more enjoyment out of it. I’d use my tremendous power to make a difference, knowing I only had a brief moment to do so.

I don’t want to cut this short, but I mentioned how other spirits can be a pain in the ass. Imagine spotting a celebrity on the street and having them actually talk to you. You as a living person are that celebrity, and when other spirits spot you actually focusing on one of us they mob the scene trying to get your attention for themselves.

You’ve got to …[inaudible due to static and background noise]… while it’s your turn.

I’m getting pushed, shoved, and drowned out by [inaudible].